Nathan Coley’s ‘The Lamp of Sacrifice, 286 Places of Worship, Edinburgh 2004’ is an installation of sculptures made up of all religious and spiritual buildings listed in the Edinburgh Yellow Pages of 2004. The piece explores an idea from the Victorian artist and critic John Ruskin (1819-1900): that buildings and architecture are two separate things. One is functional, the other is art. For The Lamp of Sacrifice, Coley stripped away all religious insignia from the buildings, and reconstructed them to scale in simple brown cardboard: uniting the buildings as one group or community.

In January 2015, The Lamp of Sacrifice was substantially damaged by water while on loan to another gallery. The decision was taken to completely restore the work.

In this film, Nathan Coley reflects on what it was like to revisit The Lamp of Sacrifice, twelve years after he completed the original. 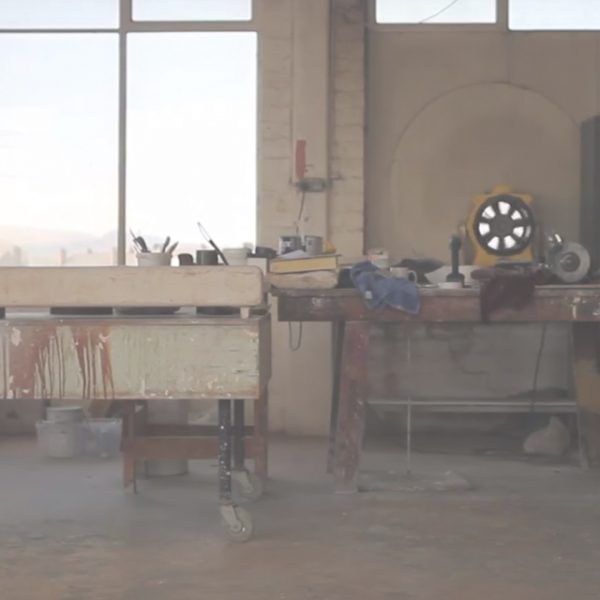